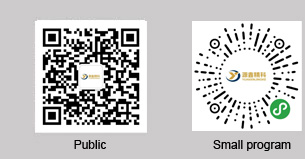 Two indicators for the development of plastic mould industry in China

The development of mold standard parts to shorten the cycle of mould design and manufacture, reduce production cost, improve the quality of mold mold has a very important significance, if we can achieve the standard mold specialized production and commodity supply, will greatly promote the development of China's mold industry.
The plastic mold industry in China in recent years developed rapidly, there is increasingly fierce competition in the market, after joining WTO, foreign mould manufacturers to enter the domestic market, talent shows itself in the fierce competition, the development of specialized production of mold standard parts, mould is critical to the implementation of.
According to Luo Baihui, Secretary General of the International Model Association, the standardized degree of mould for developed countries in developed countries is 70% to 80%, but only about 30% in China. If the standard parts are widely applied, it will shorten the design and manufacturing period of the mold by 25% to 40%, and reduce the time wastage caused by the user's mold parts. Die CAD/CAM technology is widely used to design moulds, and the use of mold standard parts can achieve partial resource sharing. This will greatly reduce the workload and working time of mold design, and is of great significance for developing CAD/CAM technology and improving the precision of moulds.
The past dies will not be used even if only one part is damaged. Because it is not a standard piece, it is difficult to have the corresponding products on the market. It takes time and effort to go to the manufacturer to replace the parts. If the standard parts are used, it can be easily repaired and replaced, which will greatly improve the service life of the mold.
Now, the domestic enterprises have realized the importance of standardization of mold, mold standard production enterprises currently have a certain production scale of more than 100 parts, the main products are plastic mold frame, side punching device, the pusher tube, which can produce a large plastic mold has products, lay the foundation for the development of large-scale precision molds.
Although the domestic mould industry has made great progress, the gap is still large compared with that of foreign countries. The implementation of the specialized production of mould is an important link to accelerate the development of the industry. In many areas of China, a regional mold city has been established in succession, which has played an active role in the development of mould industry. For example, Yuyao mould city of Ningbo, Zhejiang is the first die city in China. Now there are hundreds of mold enterprises, and has promoted the development of mold industry in Yuyao and surrounding areas.
Shenzhen has been successfully implemented, with nearly 1000 die and mould processing enterprises. The mold enterprise has strong sense of establishing quality assurance system. The enthusiasm for applying for ISO9000 certification is high. It is recognized that specialized production is a passport to enter the international market.  Wholly foreign-owned mold enterprises occupy an absolute advantage in Shenzhen, with professional and technological level leading in the whole country, widely applied in technology, various moulds, high quality and short mould period. All kinds of moulds, except for automotive large panel dies, can be produced, such as high-speed milling, gas assisted injection molding, reverse engineering, hot runner technology, rapid prototyping technology and so on.
Shenzhen mold enterprises not only in the technology to realize the specialization in the production management of the mold enterprises, there are specialized production methods used by more and more design oriented arrangement, processing according to the process flow, reduces the requirements of mold workers technical comprehensive, professional strong adjustment. Nevertheless, the moulds produced in Shenzhen only belong to the upper and middle level. Some key molds, such as copiers, main frame molds, cameras and video cameras, need to be imported.
The implementation of standardization and specialization promotes the development of China's plastic mold processing industry, and will continue to provide necessary technical support for China's plastic mold manufacturers to improve their technological level, enhance their competitiveness and speed up their integration into the international market.
Previous article:
Five obstacles in China's foundry mold industry 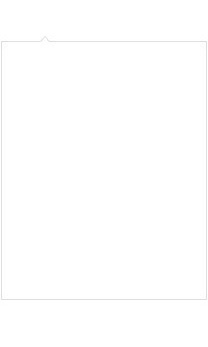